Some inventions may employ a proprietary branded product. The only way to describe and claim such products is to refer to them by the trademark. This presents unique problems for the patent prosecutor because a branded product is usually not in the control of the patent applicant, and can therefore change after the application is drafted and filed. This is a particular problem in the claims, where the changing scope could invalidate the claim or make the claim impossible to infringe.

The MPEP addresses the use of trademarks in a patent application: 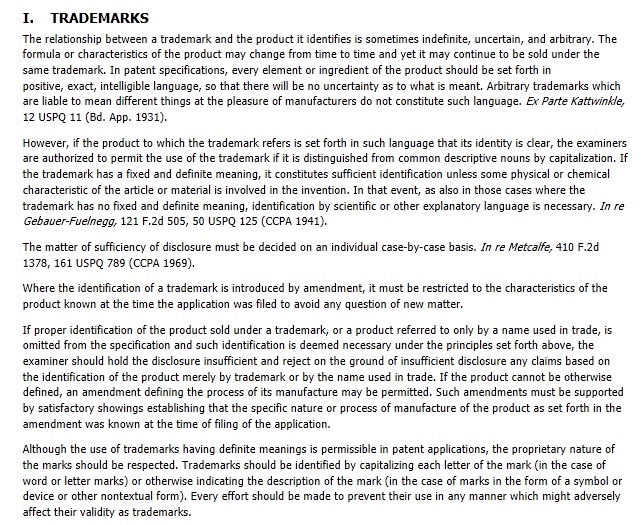 Setting the Standard for Claim Drafting

The Cost of Sloppy Claim Drafting