While researching Christmas themed trademarks, I came across U.S. Trademark Application No. 76/644,599 for the following logo of an elf sitting alongside a Christmas tree and books: 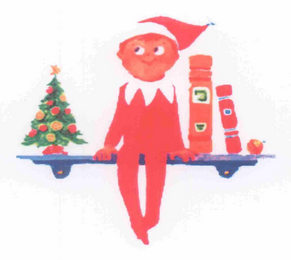 The interesting aspect of this application is the first design search code applied by the Trademark Office:

The adjective “grotesque” is surprisingly judgmental, and, in my opinion, there is not clear indication that the depicted elf is a man. Elves are not alone, though — the Trademark Office also searched for “Elves; Fairies; Gnomes; Leprechauns; Trolls.”

Here, the Office Action was mailed on December 15, 2006 and the Notice of Abandonment was mailed on July 23, 2007. The Second Revival Petition was not filed until October 29, 2007 — 10 months after the Office Action and 3 months after the Notice of Abandonment. Applicant alleged that the notice of abandonment was not received. The Trademark Office, however, determined that Applicant did not sufficiently demonstrate diligence in checking the status of the application.

This story does have a happy ending, though: Applicant filed another trademark for a similar logo — this time for a female elf — and guess what? Instead of the “grotesque men” design code, the Trademark Office used: “02.09.04 – Humans, including men, women and children, depicted sitting or kneeling; Kneeling, humans; Sitting, humans.”

The application was approved and registered.

By: Elisabeth A. Koral, Principal

USPTO Issues Notice of Change to Docketing of RCEs