February is Black History Month, honoring the triumphs and struggles of African Americans throughout U.S. history. Among these triumphs are the inventions black inventors have contributed, many of which were not recognized with a patent because the Patent Acts of 1793 and 1836 barred slaves from obtaining patents because they were not considered citizens.

The breadth and importance of inventions contributed by black inventors is one of the best examples of the value of diversity:

Most historians agree that the first U.S. patent that issued to a black inventor was U.S. Patent No. X3306, issued to Thomas L. Jennings more than two hundred years ago on March 3, 1821, on dry scouring — a method of dry cleaning. 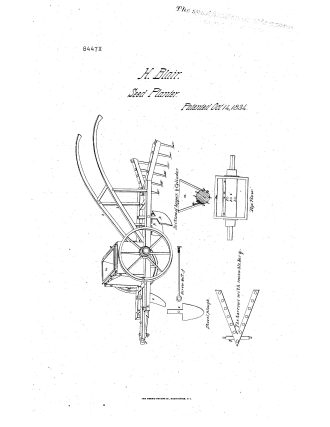 Elijah McCoy, was a prolific inventor. Among his 57 U.S. patents was U.S. Patent No. 129843 for Improvements in Lubricators for Steam-Engines, on July 28, 1872. It is reputed that his invention was so often duplicated, that people began asking for the “real McCoy.”

AIPLA Proposes New 101 to Save the Patent System