Harness IP (https://www.harnessip.com/), one of the country’s largest and most respected patent and trademark law firms, is pleased to share that innovative scooter maker and client, BOXX Corp. (https://www.boxxcorp.com), has successfully launched a Regulation Title III crowd investing campaign to raise investment capital for the opening BOXX 1000 product production. 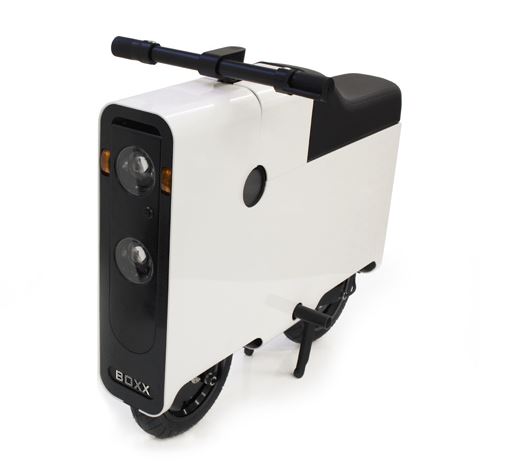 “We are immensely proud of the technology in our scooters,” said Eric Vaughn Meyers, CEO of BOXX Corp.  “As a second stage company starting production, we place tremendous talent and energy on advanced engineering that is our craft precision for all our products. We are fortunate to work with great consultants and attorneys like Kevin Mierzwa, our patent attorney at Harness IP who shares our vision and enthusiasm for our company, our technologies and our products.”

Slated as The BOXX 1000 production and having already completed the manufacturing prototype groundwork, the products are now ready for a 1,000+ unit batch manufacturing for deliveries to customers and major retailers globally. The investment campaign is open to all investors and production can begin on just 1M of capital raised. The program includes several discounts and rebate perks for the new investor.

BOXX Corp.’s ongoing plans include additional products and development with continued patent portfolio growth primarily in countries where scooter manufacturing and consumer demand is most prevalent. “We have already obtained patent allowance in Europe, so the next step in strategically growing BOXX’s intellectual property will be choosing the specific countries in which we want to have protection,” says Kevin Mierzwa, Harness IP Principal and counsel to BOXX Corp. “These patents will allow the company to globally establish their technologies and products intellectual property among the industry and safely protect the brand among the major players.”

BOXX Corp. currently holds 14 patents and a trademark in multiple countries including US, Japan, EU, India, Brazil and China. “From an investing standpoint, the IP behind our technology offers real value — everything from our electric motors to the manufacturing & design language is next generation industry technology,” added Vaughn. “From a consumer standpoint, we think we have something very special contained in our product brand and its technologies that both a traditional scooter enthusiasts, the first time rider, and the industry as a whole will absolutely love.”

Promoting The BOXX 1000 production campaign, BOXX Corp. is offering a chance to win one of 10 Designer Series BOXX scooters that it will give away on production. To enter, simply configure and submit your desired configuration for entry. Additionally, those interested can also reserve a BOXX Smart Scooter with their custom configuration and pre-order with $0 down.

BOXX, Corp. has recently sold the first BOXX 001 Prototype to the Haas museum where it will go on permanent display this coming February. Vaughn will also be on panel at the upcoming Crowd Investing Summit at the LA Convention Center on September 6-7 where two BOXX units are on display. To learn more, enter to win, reserve a BOXX Smart Scooter or invest in the company, please visit their investor’s offering page: http://www.boxxcorp.com/site/invest-in-boxx-corp

Initially developed in Portland, Oregon, BOXX Corp., an international Delaware corporation of operations has received international press for its products with patented technology and innovative design engineering that aims to shake up the scooter industry. Its products have received numerous accolades around the world and are now ready for production. BOXX Corp. has been named as a new major industry player among the top ten global scooter brands.

Harness IP has obtained more than 55,000 patents for its clients since its founding in 1921.  Currently ranked seventh among the nation’s top patent firms in a 2016 poll by IPWatchdog, Harness IP safeguards critical IP assets on a global scale for Fortune 500 companies, private and public businesses, universities, inventors, artists and entrepreneurs.  Harness IP has offices in the metropolitan areas of Dallas, Detroit, St. Louis and Washington, D.C.  Visit www.harnessip.com and follow @harnessdickey for more information.

“SCOTUS Bolsters Patent Exhaustion, This Time in Indelible Ink,” The Recorder, May 30, 2017