On September 14, 2021, U.S. Patent No. D930702, a design patent on a Display Screen Portion with Animated Graphical User Interface, was issued to Wepay Global Payments LLC. The design patent covers two embodiments: The first embodiment consists of Figs. 1 and 2:

The second embodiment consists of Figs. 3 – 5:

With the patent’s liberal use of dashed lines, it appears that Figs. 1 and 3 cover any screen with a QR code finder pattern, indicated by the three black squares in three corners of the QR code. Figs. 2 and 5 further cover any screen with the figure “$0.00.” Fig. 4, oddly enough, covers any screen, with or without content.

Since QR codes have been around since 1994, and dollar signs even longer (since the late 18th century), it seems unlikely that this pattern did not appear on an app displays before the September 3, 2020 filing date of the ‘702 patent.

Wepay is asserting the ‘702 to its broadest extent. Looking, for example at the complaint against Apple, 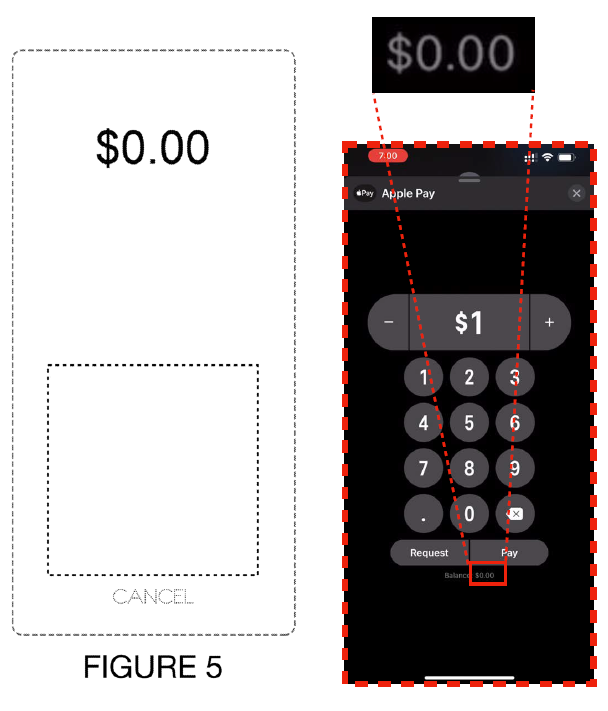 Design Patent Infringement is a Matter of Appearance and Appearances