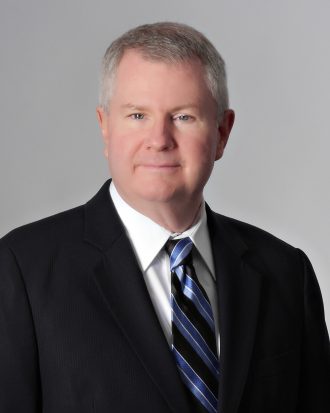 Brennan’s guidance also played a key role in the firm’s growth from a single office in metro Detroit, which the firm maintained since its founding in 1921, to currently also having offices in Metropolitan Dallas, St. Louis, and Washington, D.C. The number of attorneys has risen from approximately 30 then to more than 100 today.

“As we approach the 100 year anniversary of the firm, it is safe to say that few people have had as profound an impact on the firm as Mike,” said Chris Brock, Principal with Harness IP and close friend of Brennan. “His devotion to family, the Firm and his colleagues will be remembered always and sorely missed.”

Aside from his expertise as an attorney, Brennan will always be remembered for his kindness and sharp sense of humor. He was a gifted storyteller who delighted in entertaining the people around him.

Brennan is survived by his wife, Janet; two daughters, Katie and Mary; and granddaughter, Genevieve. In lieu of flowers, his family has asked for donations to be made to St. Frances Cabrini Clinic in Detroit (http://www.cabriniclinic.org/).